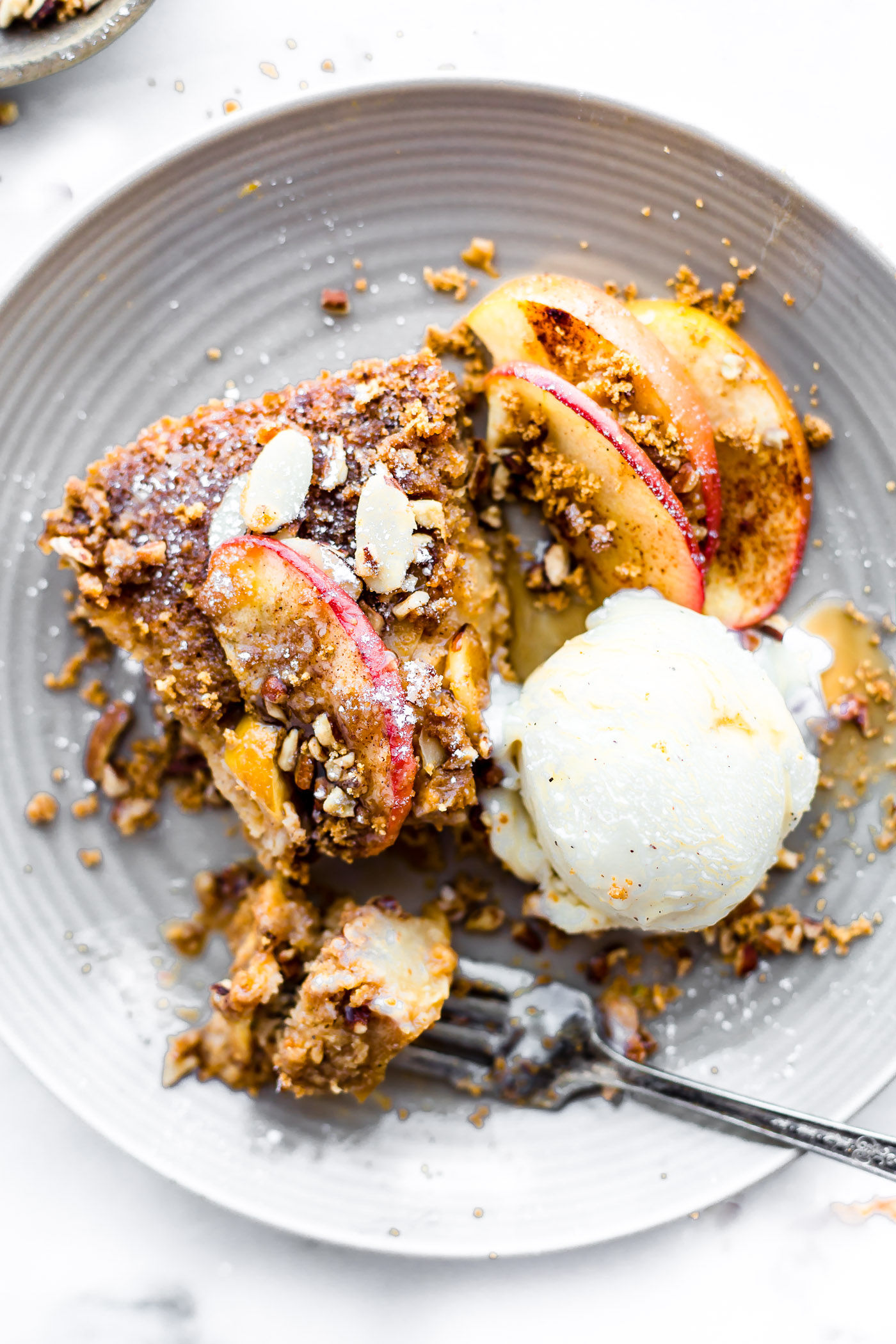 This tends to happen.  I go from one extreme to the next with gluten-free and Paleo recipes. Have no clue what I’m talking about? That’s OK. Just refer back to my healing recipe post  on Sunday. Keyword being healing recipes that are all food allergy friendly. Nourishing recipes that are ready to get your immune system back and check. Paleo plant based, Anti-inflammatory, AIP friendly, and whole 30 recipes. But this paleo pear apple pie recipe is not one of those healing recipes. There’s the extreme for ya. Okay yes it is paleo (for the most part), but I don’t think you would heal your gut from eating paleo pie at every meal. . Unless you need foodie soul healing. Haha!  Holiday pie euphoria.

But I digress. Here’s the real purpose (and back story) for my pear apple pie. …

Sometimes I cheat when it comes to gluten free or grain free baking and I’m totally OKAY with it. GASP!

Yes, this is a “cheaters” Paleo Pear Apple Pie. But it is cheating in the most deliciously easy (and healthier) way. Plus IMPOSSIBLY EASY paleo desserts make me happy! Even if they do have just a wee bit more “natural” sugar. 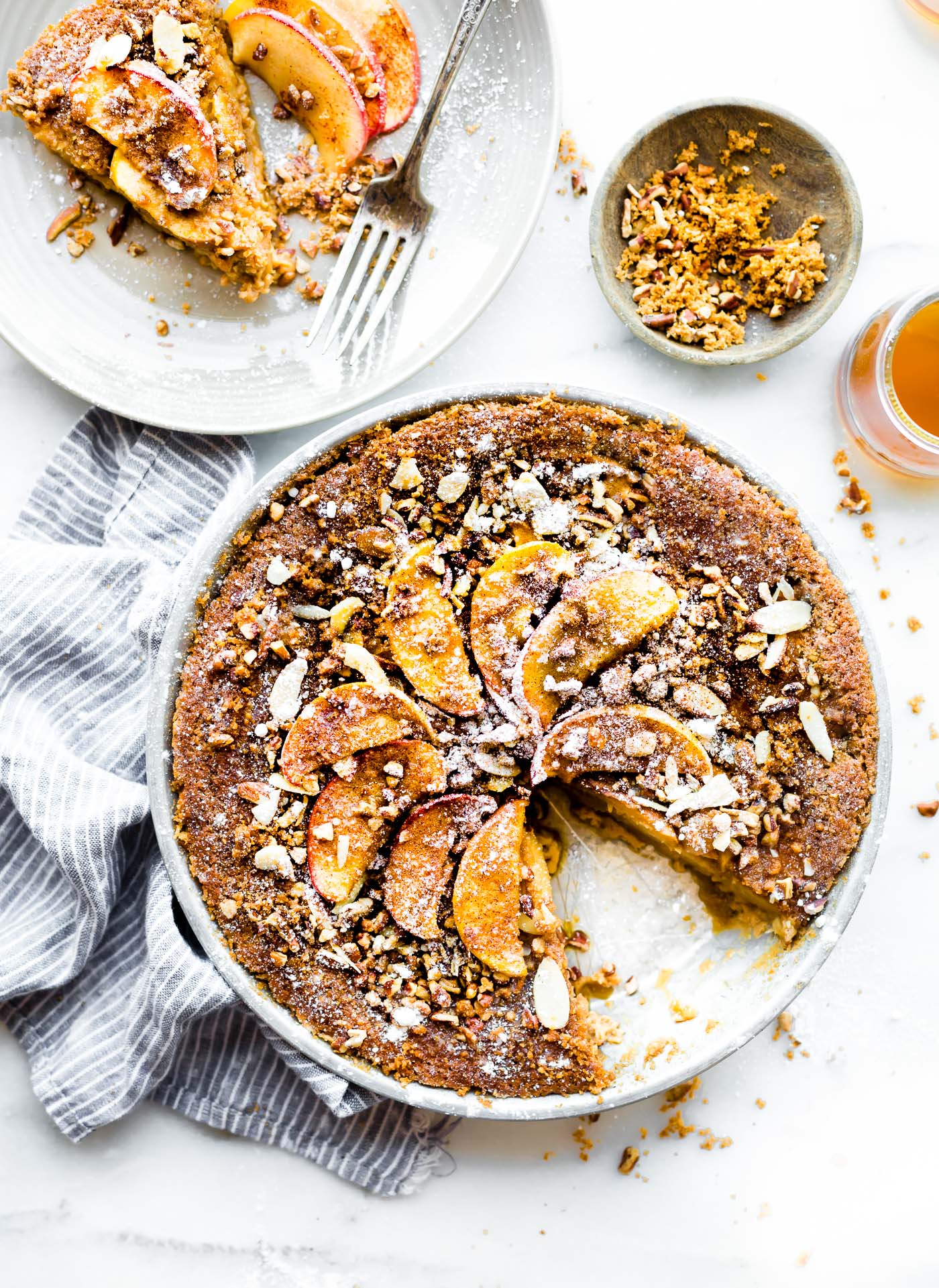 You see, last year around this time I made a Paleo sweet potato pie. An impossible pie. If you don’t know what impossible pie is, you’ve been living under a rock. No I’m just kidding. You haven’t. But you need to know about the impossible pie. It’s a pie that makes its own crust so you don’t have to! I have nothing against pie crust, in fact I make my 3 ingredient pie crust quite often, but when it comes to a pie that has a light custardy (yes that’s a word) filling, I’ll stick with the impossible pie. You don’t want that thick pie crust overpower the creamy fruit pie filling. TRUST ME!

This “custard like” filling is made with eggs, milk, and a fruit or sweet vegetable of choice.

When you bake it in the oven, the eggs make the pie rise and form a sweet caramelized crust.  It’s almost like making a soufflé, sweet Soufflé. Quite heavenly If you ask me.

This Pear Apple Pie one of those Paleo pies that you don’t know it’s Paleo. It’s also super easy to make for those who are intimidated making a grain free and gluten free pie. Anyone can make this. Hence the name impossible pie. As in it’s impossible to mess up. 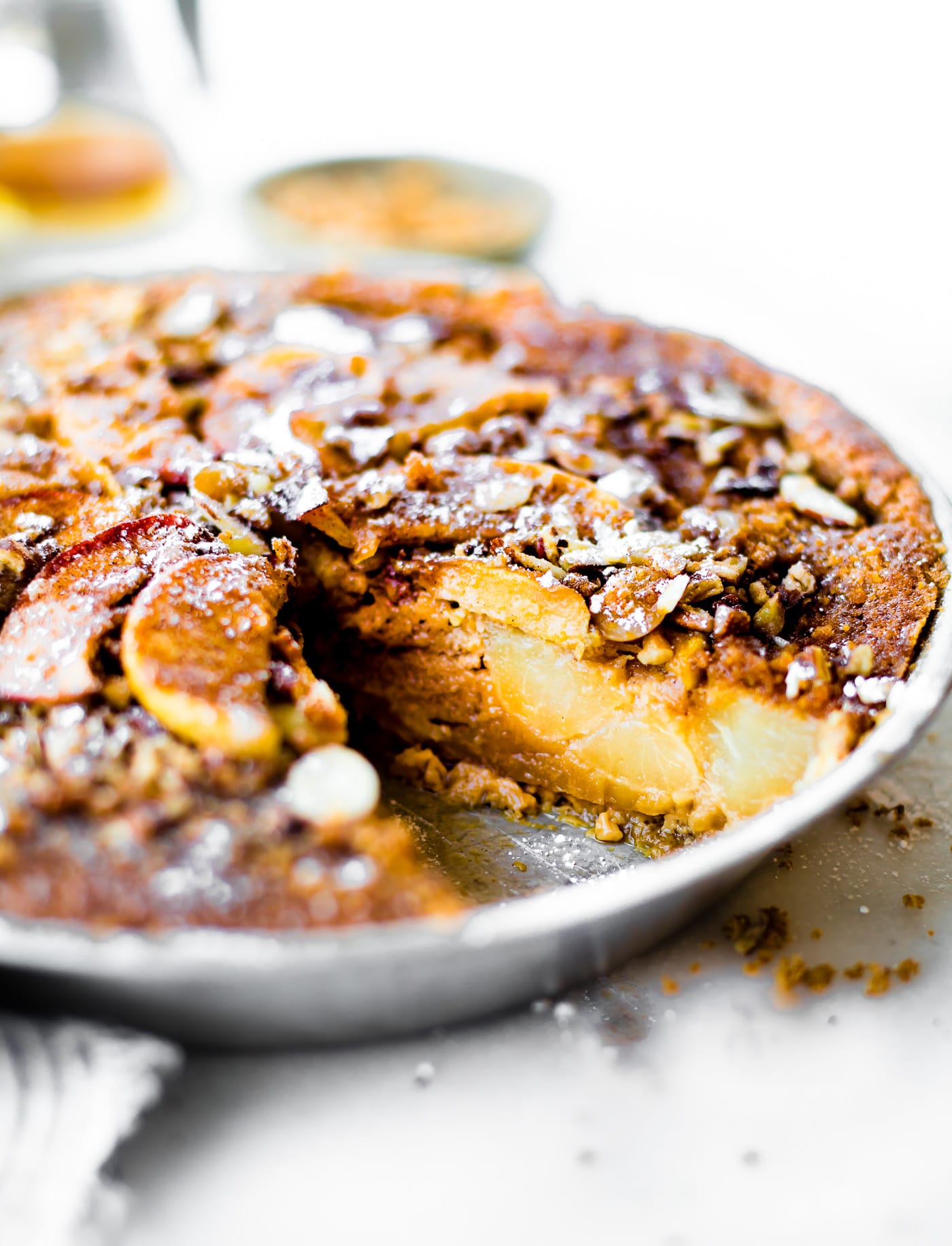 In fact, I hauled this pie in cooler last weekend to meet up with my family. Yes we had a little Thanksgiving sampling in the condo, along with the paleo sweet potato casserole. It was wonderful!  And they all devoured it! They had no idea that is was even Paleo. Which made me happy. Good food, real food, does not need a label. Wouldn’t you agree?  It just needs a little love and flavorful ingredients to shine. 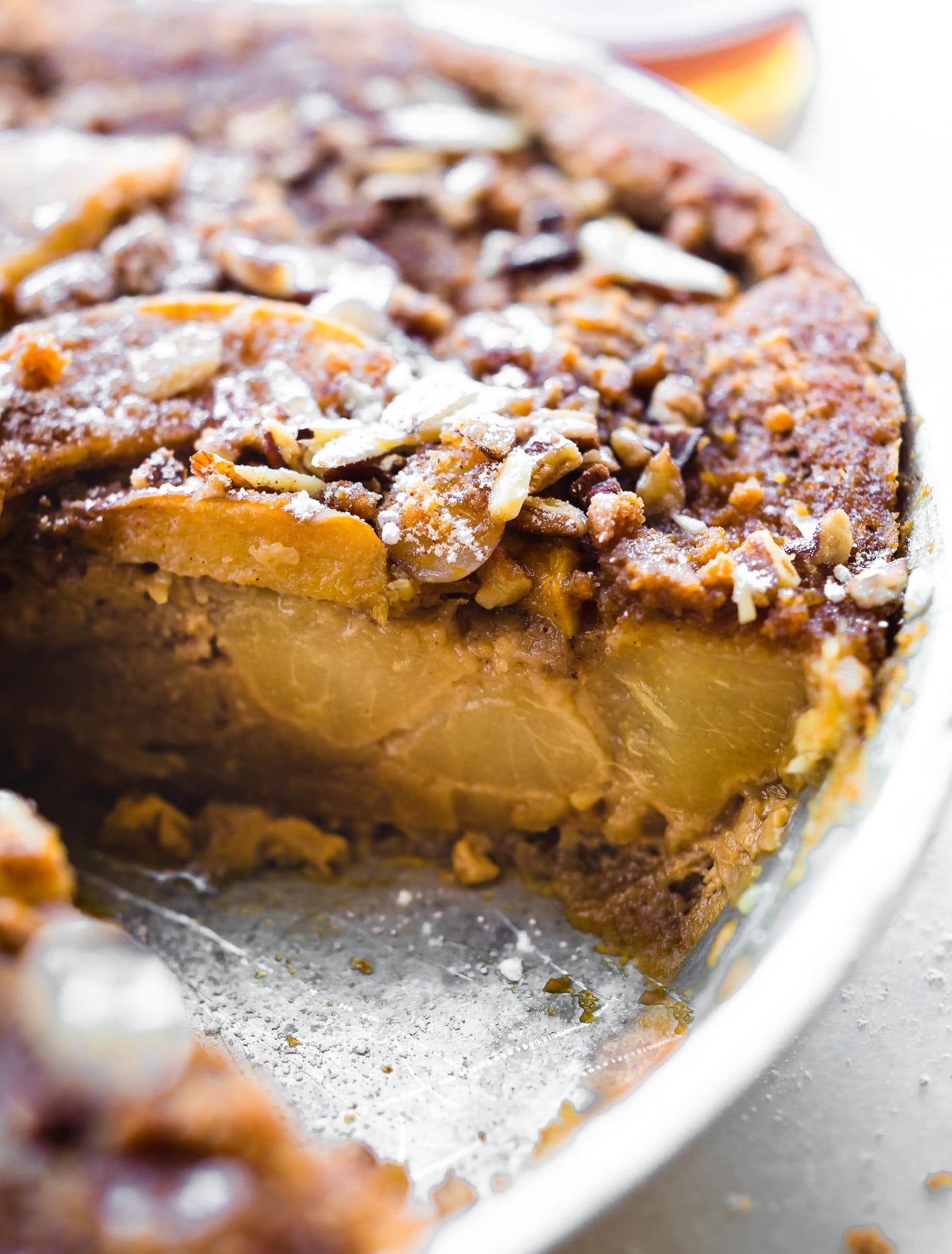 For this Fall inspired pie, we will be using apples and canned pears (in their own juice). Just whisk it together with the eggs,  coconut or almond milk, maple syrup, cinnamon other spices, and a little bit of tapioca or arrowroot starch to bind. Mix with your fruit, pour, bake, and voila! Pie is made!

Pretty simple ingredients made in a jiffy. So, have I convinced you to make the pie? Let’s bake and eat. Mmm k?

1. Preheat oven to 350F. Line a 8 inch or 9 inch pie pan or cake tin with parchment paper.
2. Combine milk, eggs, maple syrup, vanilla, and butter in a blender (see notes). Blend until smooth the Transfer into a bowl.
3. In another small bowl, sift your coconut flour and then combine with your arrowroot starch (or tapioca flour), sugar, cinnamon, ginger, salt, baking powder. Mix together.
4. Mix your dry batter with your blended egg/milk batter. Stir together until smooth. Fold in your sliced apple/pear
5. Fold in about 1/2 cup or more of your coconut flakes.
6. Pour into your prepared pie or cake pan.
7. Sprinkle a handful of slivered almonds, pecans, and thinly sliced apple on top.
8. Bake for 45- 50 minutes. Remove from oven, drizzle a little melted butter (optional) on top, cinnamon, more coconut sugar, etc. Then lightly Cover with foil and bake again for 15 -20 minutes, or until center comes out clean with toothpick. The edges will be crispy brown once brown.
9. Check the middle to make sure it’s no longer liquid. (See notes for more baking times)
10. Remove from oven. Let it cool for 10 minutes so the center can set.
11. If you are not serving this right away, place pie in the refrigerator to set more. It will still have custard like texture in the middle.

*Coconut sugar can be replaced with brown sugar if you are not paleo.

If you don’t have a blender, you can beat all the liquid ingredients together using stand mixer or hand held mixer. Make sure the batter is smooth.

Once ready to serve again, reheat in oven for 5-10 minutes. Serve with coconut milk ice or whipped cream.

This pear apple pie also freezes well if you’d like to keep for longer.

Baking notes: This pie was baked at altitude. If you are at sea level, be sure to check on the pie around 45 minutes to see progress. 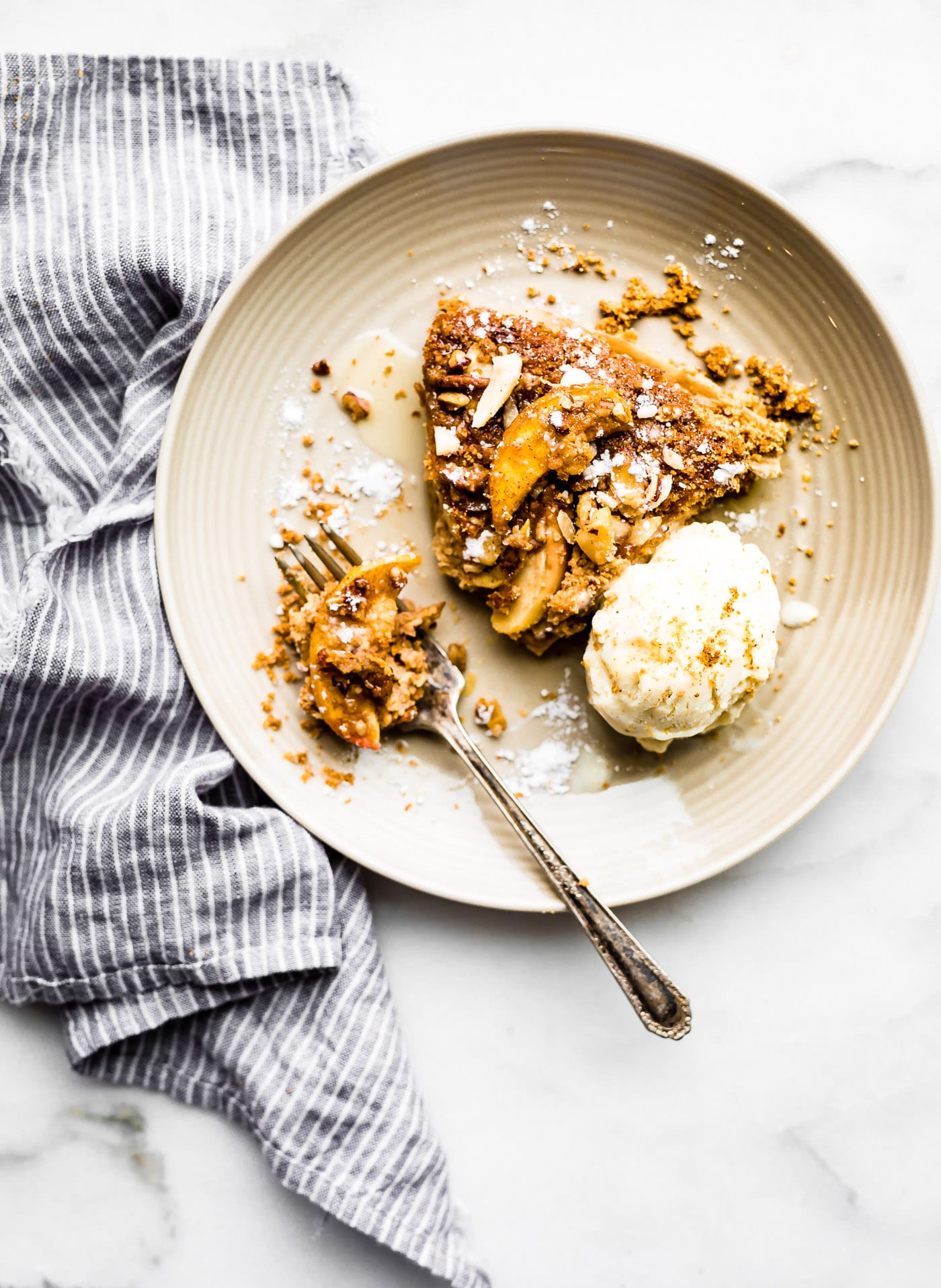 Here’s my HIGH FIVE for pie! ?

What’s your favorite pie? Ever made an impossible pie? Here’s your chance to cheat and start with pear apple pie. Just sayin…. 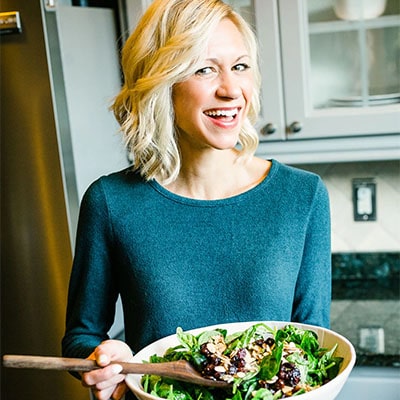 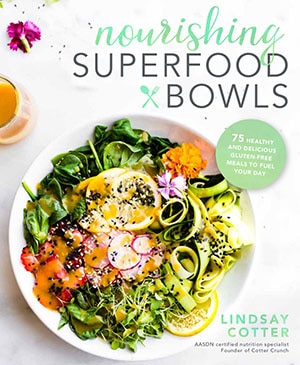 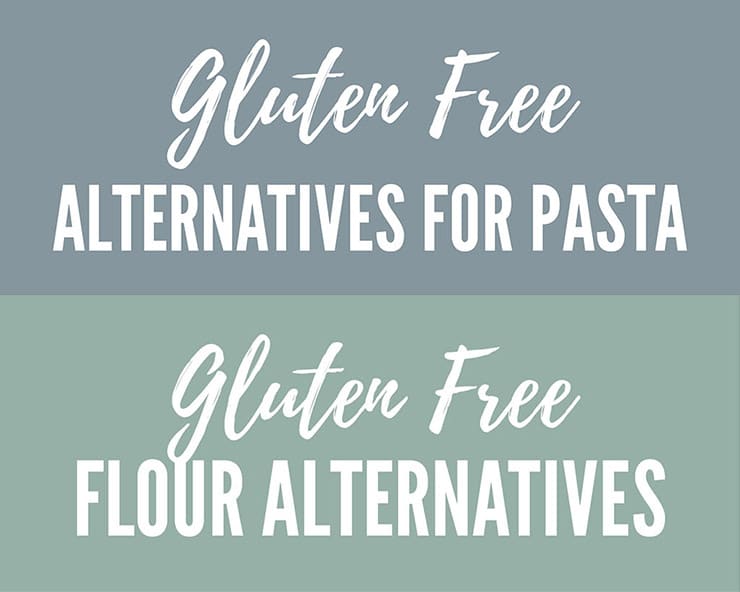